50 YEARS OF THE TOKYO BALLET 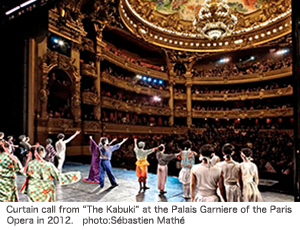 The Tokyo Ballet was founded in 1964 by Tadatsugu Sasaki. In 1966, the Company embarked on its first overseas tour to Moscow, Leningrad and Kazan, which led it to being awarded the title of "Tchaikovsky Memorial" from the Soviet Ministry of Culture.

Since its foundation, The Tokyo Ballet has developed a wide range of repertoire from classical full-length ballets to masterpieces of contemporary choreographers. In particular, the Company has original works created by three choreographers representing the contemporary ballet scene: Maurice Béjart's The Kabuki (1986), Bugaku (1989) and M (1993), Jiří Kylián's Perfect Conception (1994) and John Neumeier's Seven Haiku of the Moon (1989) and Seasons - The Colors of Time (2000). The Company has also staged prominent contemporary choreographers' works, such as Vladimir Vasiliev's Don Quixote, Natalia Makarova's La Bayadère, Mats Ek's Carmen, and John Neumeier's Romeo and Juliet. 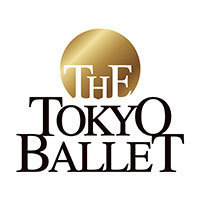 Having given 775 performances on 34 overseas tours, a record in the history of Japanese performing arts, The Tokyo Ballet is acclaimed as one of the leading ballet companies in the world. It has frequently appeared in many of the world's distinguished theaters, such as the Opéra national de Paris, the Teatro alla Scala di Milano, the Wiener Staatsoper, the Deutsche Oper Berlin, The Bolshoi Theatre and the Mariinsky Theatre, performing in over 155 cities across 32 countries. The Company performed for the first time in South America in 1998, playing to capacity crowds at the Teatro Colón, as well as at other prestigious opera houses in Argentina and Brazil.

The Tokyo Ballet marked its 50th anniversary on August 30th, 2014, with a gala performance where Sylvie Guillem, Manuel Legris and Vladimir Malakhov made guest appearances. In the season 2014/2015, during the Company's 50th anniversary year, Vladimir Malakhov took up the position of artistic advisor and staged three classical ballet productions including The Nutcracker.

In March 2019, The Tokyo Ballet premiered Le Corsaire by Anna-Marie Holmes as one of its 55th anniversary projects. The anniversary projects include the 34th overseas tour to Poland, Italy and Austria in June and July 2019, a world premiere of Saburo Teshigawara's new production, Remains of a Cloud, in October 2019, and a staging of the Company's first new production of The Nutcracker for 37 years in December 2019.